A Brazilian lending start-up backed by SoftBank has reached a valuation of $4.8bn following its latest funding round, as investors continue to bet on Latin America’s growing financial technology sector.

São Paulo-based Creditas, which provides insurance alongside secured consumer loans and runs an online used-car sales platform, said it had raised $260m from some existing and new shareholders.

“We want to continue growing fast. And that means that we need to invest in bringing in customers, so that over time, those customers generate the revenues in the recurring model we have,” said Spanish founder and chief executive Sergio Furio.

The financing comes little over a year after the privately held company gained “unicorn” status with a $255m fundraising that valued it at $1.75bn.

It underscores the large sums of venture capital flowing into the wider region, which is undergoing an investment boom in businesses centred on digital technology. There were $15.3bn worth of VC deals in the region last year — triple the previous record set in 2019, according to preliminary data from the Association for Private Capital Investment in Latin America.

Fintech has been the single biggest destination of funds. At the forefront is Brazil’s Nubank, which floated in New York in December last year with a valuation of almost $50bn. 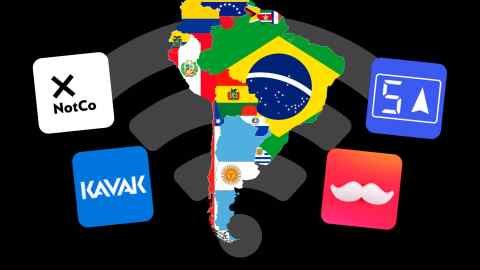 Founded a decade ago, Creditas employs more than 4,000 people and also offers services in Mexico. Across six fundraising rounds, it has raised total equity of $829m.

Creditas accepts three types of collateral — homes, vehicles and salaries — but rather than hold loans on its balance sheet, the credit portfolio is securitised and sold off.

The group’s revenues increased more than two times to R$551.4m ($100m) in the first nine months of 2021, compared with the same period a year before. While net losses widened to R$215.8m, Furio said the business could achieve profitability within two years. “So far we’ve always prioritised growing market share because the economics are so great,” he added.

However, he declined to comment on whether Creditas was planning to go public. Tech shares were among the hardest hit in a rout across global stock markets on Monday, amid expectations of monetary tightening by the US Federal Reserve.

“They are the rare fintech that actually builds deep relationships with their customers,” said Will Pruett, managing director at Fidelity.

For the latest news and views on fintech from the FT’s network of correspondents around the world, sign up to our weekly newsletter #fintechFT