Woman who claims she got a sexually transmitted disease from an ex-boyfriend after sex in the back of his Hyundai Genesis is awarded $5.2 million settlement from his CAR INSURANCE company

By Ruth Bashinsky For Dailymail.Com

A Missouri woman was awarded a $5.2 million settlement against her ex-boyfriend’s car insurance company after she claimed that she got a sexually transmitted disease from him after they had sex in his 2014 Hyundai Genesis.

On Tuesday, after five years of uncertainty, the Missouri Court of Appeals affirmed that GEICO General Insurance Company, must make the massive payout to the Jackson County woman, in this unprecedented case.

A three-judge panel found that the judgment entered against the insurance giant through earlier arbitration proceedings was valid, Yahoo News reported.

Court papers obtained by the DailyMail.com reveal that the woman notified GEICO in February 2021 stating that she and the insured had been in a romantic relationship since 2017.

The woman told the insurance company her intention to seek monetary damages, alleging she contracted HPV, the human papillomavirus, from an insured member in his automobile.

Court documents reveal that in the suit, the woman alleged that her ex-boyfriend, had been told that he had throat cancer tumor and was diagnosed with HPV, yet he continued to have unprotected sex with her knowing the risks. 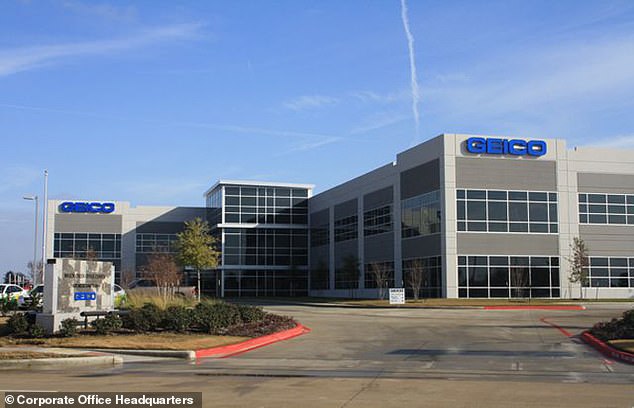 Corporate headquarters of GEICO (pictured). Court papers obtained by the DailyMail.com reveal that the woman notified GEICO in February 2021 stating that she and the insured had been in a romantic relationship since 2017 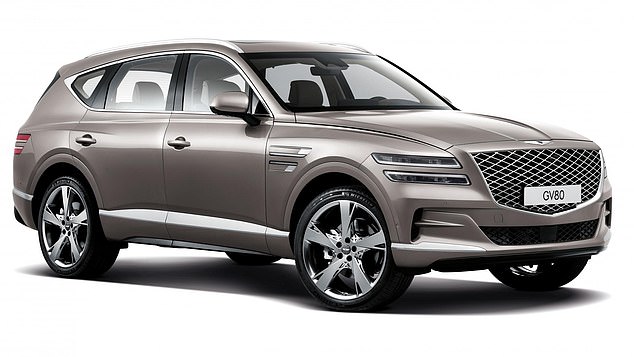 In May 2021, the arbitrator found that the man and woman had sex inside his vehicle that ‘directly caused, or directly contributed to cause’ the HPV infection.

The ex-boyfriend was found liable for not disclosing his infection status and the woman was awarded $5.2 million for damages and injuries to be paid by GEICO.

‘If you think about it as an injury sustained while in that person’s vehicle, then it totally falls within what an insurance company would be required to pay,’ he said.

‘Usually, injuries to passengers are the result of a collision, or slamming the door on one’s fingers, that sort of thing. But while a lawsuit over contracting an STD from the insured driver may be the first of its kind, this award shows that it’s not a stretch for someone to file against an insurance company for any actions occurring in a motor vehicle.’

‘The lesson to be learned here is that people need to broaden the scope of what an injury is,’ Custodio continued. ‘Most people would not think that contracting this disease is an injury suffered in a vehicle — though it definitely is.’

GEICO filed motions seeking a new hearing of the evidence and for the award to be tossed out, saying the judgment violated the company’s rights to due process and the arbitration agreement was unenforceable.

Court documents reveal that the three-judge panel found that the lower court did not make a mistake by denying the company’s motions.

They said GEICO did not have a right to ‘relitigate those issues’ once damages had been determined and a judgment was entered.

‘All of GEICO’s appeals were denied and they are not allowed to relitigate where a judgment has already been entered,’ Custodio told DailyMail.com, saying that insurers must be studying this case closely.

‘I expect they already have an army of attorneys poring over their contracts and devising ways to prevent these kinds of claims in the future.’

‘The entire insurance industry is certain to be looking at this case, because it could have ramifications in all kinds of situations. For example, what if someone contracts HIV from their partner in their partner’s home, and the partner didn’t reveal his medical issue – can you go after their home insurance for this?’

‘I predict we’ll all be getting notifications of changes to our insurance policies in the near future,’ he concluded. 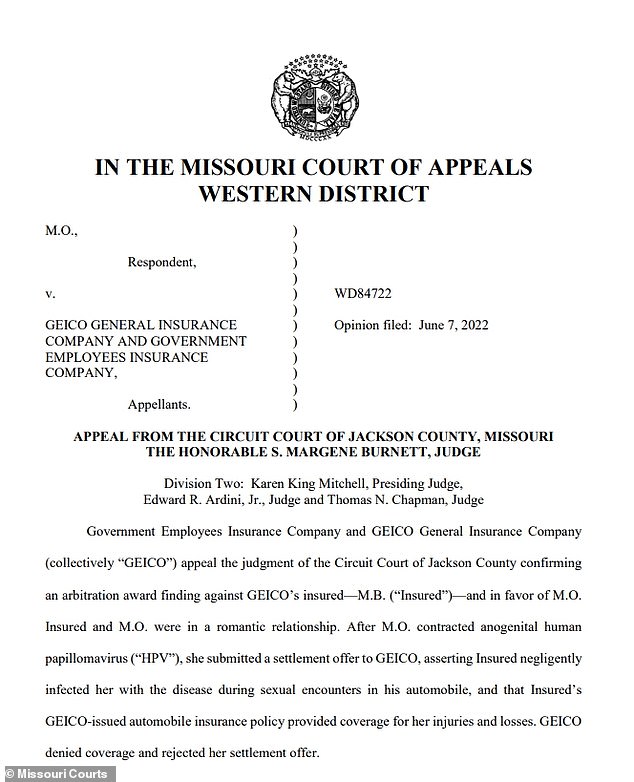 Geico vs. M.O. in the  Missouri Court of Appeals Western District- Page 1 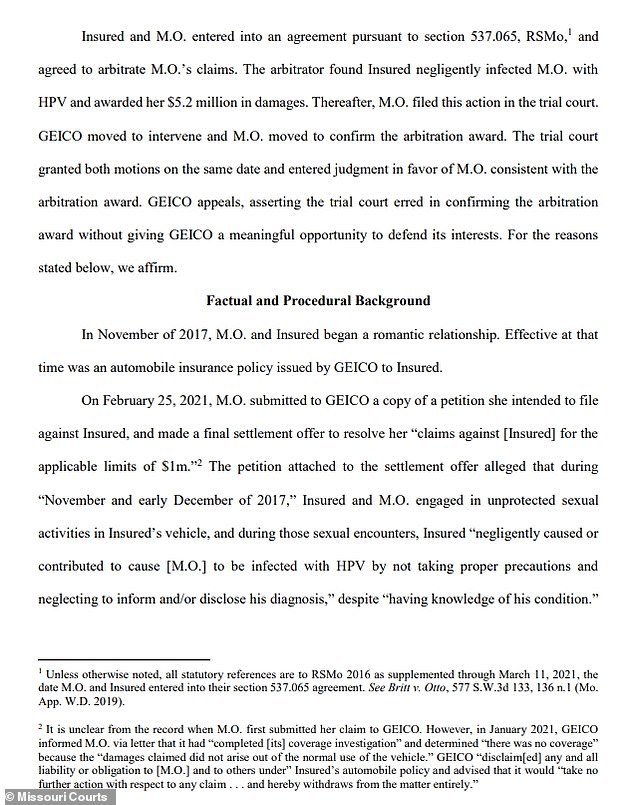 Geico vs. M.O in the Missouri Court of Appeals Western District- Page 2